Coconut oil is quite popular product, which has very important place in our kitchen and during skin or hair treatments. No wonder about that, because it is oil rich in its composition, effective properties and safe formula. Let us introduce to you the most popular health properties of coconut oil.

1. It consists of saturated fatty acids, which are necessary for the proper functioning of the organism. Coconut oil gained infamy, because for a long time there was mistaken belief that saturated fatty acids are harmful, and cause obesity and clog arteries. Researches indicates that contained in coconut oil triglycerides with medium length chains are absorbed by organism in a different way than rest of the fats.

2. It has such a rich nourishing properties, that people who eat it are one of the healthiest in the world. As far as in Europe coconut is rather exotic plant, there are regions of the world where it is an important part of the diet. People who live on, e.g. islands of south Pacific eat exclusively 60% of coconuts – the entire population is healthy and no one has ever heard of heart diseases.

3. It increases energy expenditure of the body, and as a consequence supports effective fat burning in the organism. Triglycerides in coconut oil, despite of being fats, do not deposit in the body and stimulate increase energy use in organism. This way coconut oil supports calorie burning.

4. It has anti-bacterial, antiviral and anti-fungus properties, thanks to very high content of lauric acid. Coconut oil can be easily used in healing of all types of infections, because almost half of it makes lauric fatty acid, which eliminates all kind of pathogens.

5. It lowers appetite and limits hunger, which is associated with metabolism of fatty acids. Research on group of men indicated that ingestion of triglycerides medium chains from coconut oil lowers hunger and leads to ingestion of even several hundred calories less during the day.

6. It relieves seizures and supports treatment of epilepsy, because it supports ketogenic diet. Ketogenic diet is based on high amount of fats and low amount of carbs, what leads to increase of ketone bodies in blood and that lowers frequency of seizures even with people with drug-resistant epilepsy.

Besides those uses, coconut is also effective in:

– lowering cholesterol level in blood and lowering risk of heart diseases,
– protecting skin and hair against damages, when used as a sun cream,
– improving functions of nerve centre, also with people with Alzheimer disease,
– supporting fat burning in the organism. 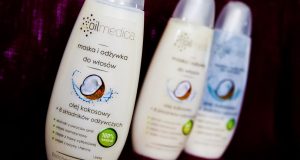 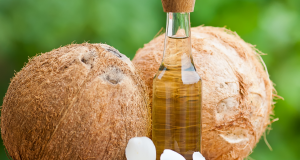 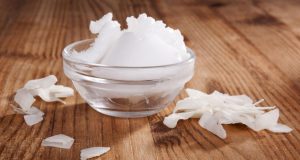